The Geochemistry & Geobiology Laboratory investigates the geochemical imprint of microbial life on the Earth’s surface environment through geological time by studying modern microbial metabolisms and the behavior of metals and minerals under varying aqueous redox regimes. A major focus of our work is understanding the impact of ferruginous conditions on regulating microbial activity and biogeochemical cycling. 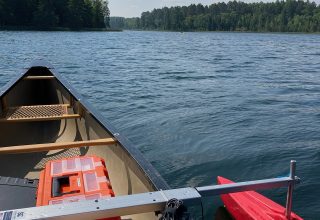 This work will explore how thallium isotopes behave under varying redox regimes, including sulfidic, ferruginous, and manganiferous. These conditions are found in three study lakes, and the data will be complemented with analyses of marine sediments. 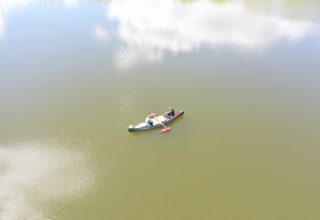 Co-I: Elizabeth Swanner (ISU) collaborating with Anne Dekas (Stanford) and many others

Quantifying the extent and biogeochemical impact of modern ferruginous lakes

This project will investigate how common ferruginous meromictic lakes are, what causes them to form, and their part in the global carbon cycle. We will survey lakes in two regions of Minnesota, incorporating ISU undergraduates into fieldwork. Iron budgets will be constructed for two lakes, on in each region, to quantify the different iron sources. The effect of iron on photosynthesis, primary productivity, and oxygen production will be investigated within the deep chlorophyll maxima of these two lakes. Finally, the extent of carbon cycling through methanogenesis in the anoxic zones, and the proportion of methane that is lost to the atmosphere will be determined. 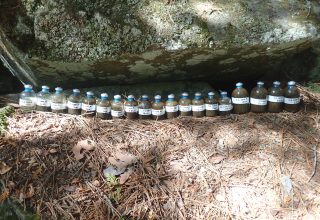 Although the behavior of the U isotope redox proxy, in combination with global mass balances, works quite well to distinguish oxic from anoxic sediments, it is unclear how ferruginous conditions fractionate U isotopes. This is important because ferruginous conditions were a pervasive feature of Precambrian oceans, but ferruginous intervals are now recognized as late as the Cretaceous. The ISU part of the project is investigating the behavior of U isotopes in ferruginous and meromictic Canyon Lake in the Huron Mountains of Michigan. This will involve not only isotope work, but also mass balance accounting of sources and sinks of U, as well as the residence time.

The history of biological activity and climate records in Loess Hills pedogenic carbonates.

This project is investigating the source of carbonate and biological processes involved in forming carbonate nodules in loess within Iowa’s soils. We are using carbon stable and radiogenic isotopes, as well as mineralogical and microscopic characterization to determine the timing of nodule formation and the source of the carbon. 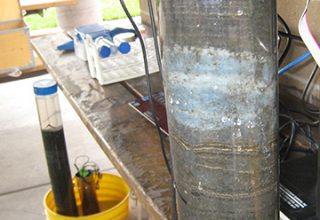 Pyrite (FeS2) is a ubiquitous mineral in anoxic marine sediments. Its formation is enigmatic as the initial mineral product of microbial sulfate reduction is S2-, yet the average oxidation state of sulfur in pyrite is S1-. This study therefore aims to determine what aqueous and solid sulfur species are present in sediments where pyrite is forming.

Voltammetric detection of sulfur species will be coupled to synchrotron-based sulfur XANES and XRF mapping, along with traditional bulk techniques such as acid-volatile sulfide (AVS). It is hoped that a better accounting of intermediates will give insight into pyrite formation pathways, as well as the role of sulfur-cycling microbes to this process in anoxic sediments.

Degradation of 2,4-D by Fe(II)-oxidizing bacteria in Iowa’s surface and groundwater

Although the broadleaf herbicide 2,4-D has been used for over 70 years, there is limited knowledge about the health effects of human exposure. 2,4-D is being increasingly added to new formulations of herbicides used on genetically resistant corn and soybeans and applied in greater amounts to Iowa’s row crops. Literature reports indicate that Fe(III) (oxyhydr)oxides with adsorbed Fe(II), produced during microbial Fe(III) reduction, are chemically reactive toward 2,4-D, helping to degrade it. As a similar reactive surface is produced during microbial Fe(II) oxidation, we hypothesize that 2,4-D can be degraded in Fe(II)-oxidizing conditions. Due to the high water table and iron-rich soils in much of Iowa, such Fe(II)-oxidizing conditions are common. We are testing this with isolates and enrichments of Fe(II)-oxidizing bacteria, as well as surveying for this process in local environments.

Freshwater Harmful Algal Blooms (HABs) threaten the safety of recreational and drinking waters worldwide. Here in Iowa, our team will identify genetic markers for cyanotoxin production for development of PCR-based chips. These will be used to screen waters from Iowa’s lakes for HABs, in addition to using metadata on samples to determine the ecological and environmental drivers of HABs. A multi-wavelength fluorometer approach will also be applied to tracking blooms and identifying when toxin measurements are needed. Another suite of activities will involve cultivation of cyanotoxin-producing strains, as well as toxin-degrading bacteria from

Iowa’s lakes. This systems approach will implement strategies for identifying and mitigating the effects of HABs in Iowa and regionally. 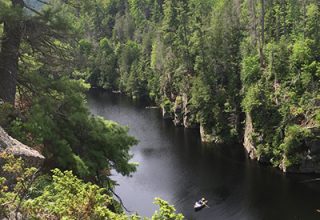 Biosignatures of coupled iron and carbon cycling in ferruginous lakes

Prior to the evolution of oxygenic photosynthesis, anoxygenic photosynthetic bacteria may have utilized Fe(II) as an electron donor to fuel marine primary productivity. As the habitat for these microbes, “photoferrotrophs”, on the modern Earth requires Fe(II), no oxygen, and sunlight, we have identified two lakes in the midwest to study carbon cycling under ferruginous conditions. We use a combination of traditional limnology approaches, and seasonal monitoring, along with next-generation (meta)genomic sequencing techniques and culturing to study lakes where anoxygenic photosynthesis is a major pathway. Our field sites are Brownie Lake in MN, and Canyon Lake in the Upper Peninsula of MI.

Trace elements in sedimentary manganese minerals forming in redox-stratified lakes, oxic lakes, and ancient chemically stratified marine basins will be quantified and used to help interpret the manganese enrichments in Gale Crater on Mars. Gale Crater is interpreted to be a redox-stratified paleolake. Calibrations for laser induced breakdown spectroscopy (LIBS) data from the Curiosity Rover currently in Gale Crater will be developed and data compared to Earth samples. 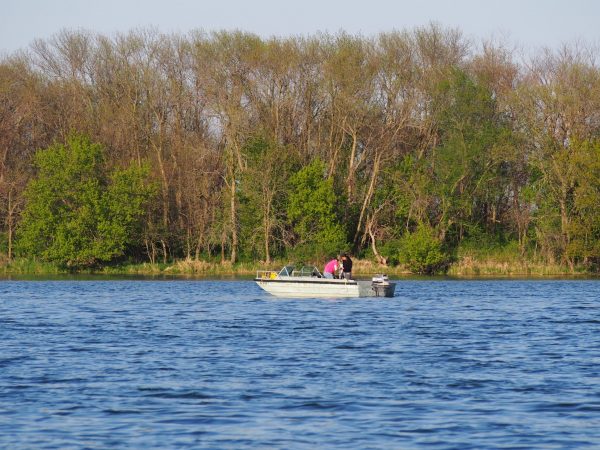 Harmful algal blooms (HAB) threaten the health and safety of Iowa’s surface waters, and are increasingly common. This project proposes to study if enhanced sedimentary sources of iron stimulate HABs. Work will involve geochemical and microbiological profiling of the water column, and measurement of sedimentary iron fluxes using microelectrodes.